New York City is in the North Eastern part of the US, and we experience a variety of weather conditions and temperatures. Though most people would probably prefer to visit during the warmer months, with a little extra clothing in your luggage, you can have a marvelous time in New York City any time of the year.

It's cold and windy in New York City in January, that's the best way to describe it. 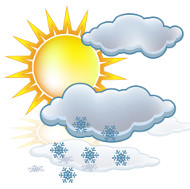 There is also a very good chance of snow, sleet and freezing rain, so if you're planning on visiting New York City in January, you will need to bring all your winter gear.

Pack at least one hat, some warm sweaters, gloves, scarves, boots, a heavy coat, and you might consider bringing along some

long johns or thermal underwear, particularly if you are planning to spend a good amount of time outside.

February is another cold and windy month in the North East, with snow, and other forms of wintry weather in the forecast.

Most New Yorkers consider March weather to be the most unpredictable. Snow and other forms of wintry weather are still in the forecast even though the official start of spring occurs in March.

I would still pack winter weather clothing for a trip to New York during this month. 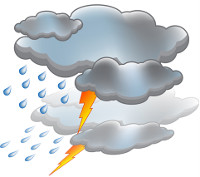 April is a transitional month in New York City. Winter has faded and Spring is slowly raising the temperature. April can be a rainy month and late season snow storms have dumped the white stuff on the city in the past, so keep a good eye on the weather if you're planning on visiting during this month.

You may not need heavy winter clothes in April, but you will still need to dress warmly. Lightweight rainwear made for travelers would be helpful.

Spring-like temperatures arrive in the North East in the Month of May. The weather should be warming up nicely, and this is a great time to visit New York City. Rates are still low and the masses of visitors have not yet arrived.

Bring a nice jacket and long sleeve shirts and blouses. It may get warm enough for short sleeves, so you might want to pack one or two pieces.

June is when things really begin to warm up, however you might want to pack a light jacket or warm sweater. It can get cool in the evenings, especially in the early part of the month.

Hot weather comes to New York City during the month of July. Pack plenty of shorts and short sleeves. Don't forget the sunscreen, especially if you plan to do a lot of touring around town.

It's hot and humid in August in New York City, and thunder showers are frequent. Pack your summer clothes and perhaps some rain gear.

We start to see the weather cooling down in September, but its still warm making it one of the best months to visit New York City. Since the new school year all around the United States has just started, many Americans don't vacation during this month, so crowds at NYC attractions are less, and hotel prices start dropping.

October weather in New York City is absolutely lovely and makes it one the best months to visit the city (especially since you will avoid the summer crowds). The weather has cooled down and a crispness is in the air as the leaves shower down from the trees, making it a great time to walk around and take in all the sights and attractions New York City has to offer. 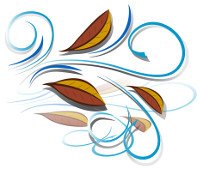 Pack a few sweaters and a warm jacket, and you should be well prepared for the weather.

Cold weather begins to set in during the month of November. Wintry weather is possible, so pack warm clothing for your visit to the Big Apple during November.

It's cold in December and wintry weather and snow are very possible, though the past few years have been mild. I would pack winter clothing (warm sweaters, gloves, hats, long johns or thermal underwear, and so forth), for a visit to New York in December.

A Final Word on NYC Weather

Of course, all of the weather assessments above are based on the "Average" temperature or "general" weather conditions during the various months. Anything can happen when the weather is concerned, so be sure to check the forecast before you make your final decision on what to pack for your trip to New York city.

One of the great things about New York City, however, is that there is plenty to do both indoors and out to make your visit memorable whether you come to town in the winter, spring, summer or fall.