We will never forgot those who lost their lives on 911, ever. And nothing will ever replace the Twin Towers in the hearts of New Yorkers who saw them shining in the morning light or was overwhelmed by the view from the Observation Deck. 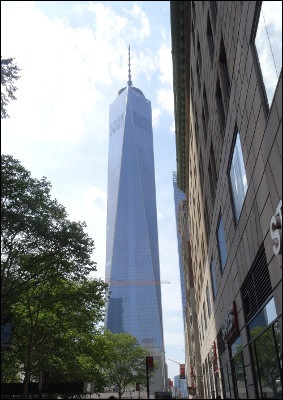 However, the new One World Trade Center is a visual work of art like none other, and we are happy to see it grace our skyline and remind us that lovers of freedom may fall, but others will rise up and take their place.

The World Trade Center site is a work in process, but there are several things to do at this venue: 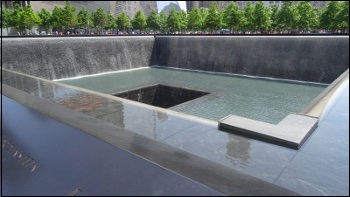 PATH
From New Jersey, take a Path Train heading for the WTC.

The Twin Towers were completed in April 4, 1973. At the time they were the tallest buildings in the world with 110 stories standing at approx 1,368-feet-tall. The entire World Trade Center site cost $400 Million to build and took 10 years to complete. The original WTC complex had 13,400,000 square feet of office and retail space.

On February 26, 1993 terrorist attempted to destroy the Twin Towers by setting off a truckbomb in the parking garage. Their plan failed, but 6 people were killed and 1,042 injured.

On September 11, 2001 both the North and South Towers (One and Two World Trade center) were struck by jet airplanes in a terrorist attack. Both towers collapsed destroying the complex and nearby structures.

2,977 innocent people lost their lives during the terrorist attacks on 911. They will never be forgotten.